Scientists estimate that there are as many as 3 to 100 million living species on Earth today1. A key aspect to understanding biodiversity and how it relates to humans is geological timing. Time of origin in geologic time units is approximately known for at least 97 085 of living species2. While this might seem like a lot, it only represents 0.1 to 3.24% of the total biodiversity in our planet.

Getting this information is hard: it requires time for training and studying, and costs a lot of money. It is also really fun! But there are not many scientists in general out there, and within this already small number, there are not that many whom are particularly investing their energy in studying time of species origin.

It is also important that scientific data are available for everybody: for education and for all human communities, to whom this information is relevant in many ways.

A project is born

From this necessity, a group of enthusiastic scientists3 developed the first platform of the datelife project in a two day hackathon in 2012, that was sponsored by the phylotastic project, funded by the National Science Foundation (NSF).

The first version of datelife was presented at iEvoBio in 2012. Watch a recording of that presentation here.

The project was continued by Brian O’Meara at the University of Tennesse, Knoxville. He developed the website, the R shiny application, and the R package to perform the main functionalities of datelife. In August 2017, I joined the team to finish the R package.

Take a look at the first manuscript of datelife, available in bioRxiv. 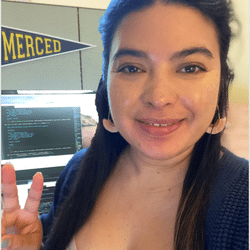